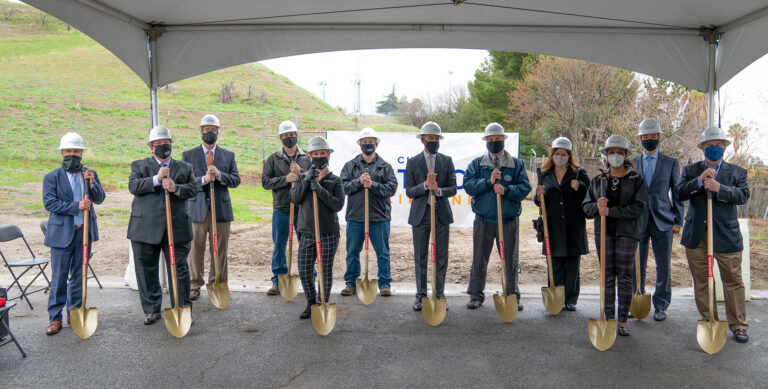 The City of Antioch’s current water supply system serves over 112,000 people within a 28.8 square-mile service area. The main sources of water for the City include water pumped from the San Joaquin River under the City’s senior (pre-1914) water right, and purchases from the Contra Costa Water District (CCWD). The quantity and quality of the water at the City’s San Joaquin River intake is impacted largely by factors outside of the City’s control (e.g. other delta projects, climate change, sea level rise, and state water project operations). The amount used from each source depends on the time of year and the type of year (dry or wet). The City uses river water as much as possible, because it is less expensive than water purchased from CCWD. However, over the years as the salinity of the river water has increased steadily, the City has been forced to purchase more water from CCWD as shown on the graph below.

Upcoming Events
There are no upcoming events at this time.

The City of Antioch’s Brackish Water Desalination Project is being implemented to provide the City’s water supply reliability, provide operational flexibility while reducing costs, especially during droughts and with future proposed changes in Delta water management. The Project will allow the City to use water from the river year-round, even when the salinity is above levels normally treated at the existing conventional Water Treatment Plant.

The Brackish Water Desalination Project is an important component to the City of Antioch’s long-term strategy to improve its water supply reliability by diversifying its supply sources. This strategy will allow the City to reduce its dependence on higher-cost CCWD purchased water that is vulnerable to droughts, natural disasters and regulatory restrictions. Depending on drought conditions, the plant will account for over half of all water generated in the City during certain months of the year and about 30% on an annual basis.

The main Project objectives include:

What is Brackish Water Desalination?

Desalination is the process of removing minerals and salts from water to produce a purified water. This is achieved by pushing water at a high pressure through reverse osmosis (RO) membranes (semipermeable membrane) to remove salt and other minerals.

The source water for desalination can come from a variety of sources including seawater, agricultural run-off, salty groundwater, or other brackish water sources. Brackish water refers to water that has higher concentrations of chlorides (salinity) and total dissolved solids (TDS) than freshwater, but is not as salty as ocean water. Ocean water has approximately 35,000 mg/L of TDS, while brackish water can range from 1,000 to 10,000 mg/L of TDS.

At certain times of year, the waters near the City of Antioch are considered brackish when San Joaquin River flows decrease and the salty Bay waters reach further upstream. Because brackish water has lower concentrations of TDS and nitrates, less energy is needed to push the water through the RO membranes. Brackish water desalination can produce potable water supply at less than half the energy usage of seawater desalination.

Before the finished water is ready to be pumped into the water system and distributed to customers, minerals are reintroduced into the water to make it compatible with other water supplies.

The Antioch Brackish Water Desalination Project, which utilizes existing infrastructure to the extent possible, includes the construction of new desalination facilities and associated infrastructure, in order to improve the City’s water supply reliability and operational flexibility. Once constructed the desalination facility, located at the existing water treatment plant, will provide for 6 million gallons per day of capacity (producing up to 5,500 acre feet per year (ac-ft/yr),  helping the City reduce its purchases of more expensive CCWD water.

Optimizing Use of Existing Infrastructure

The Project’s design optimizes the use of existing infrastructure to reduce overall construction related impacts to the community as well as overall project costs. Existing facilities that are utilized in this project include the:

Construction will have minimal to no impact on vehicle traffic. We welcome the opportunity to address any questions or concerns and encourage interested parties to contact us via the link below with any questions, comments or concerns.

Water treated at the City of Antioch’s Brackish Water Desalination Facility will enter the City’s drinking water distribution system and benefit all residents, businesses and visitors who receive water from the City of Antioch, approximately 112,000 people.  Construction will have minimal to no impact on vehicle traffic.  We welcome the opportunity to address any questions or concerns and encourage interested parties to contact us via the link below with any questions, comments or concerns.

The Project facilities will predominately be located in the City of Antioch, California. The desalination facility will be located within the fence line of the City’s existing water treatment plant at 401 Putnam Street, Antioch and the pipeline routes will follow road right-of-ways. The brine will be conveyed to the Delta Diablo Wastewater Treatment Plant in Pittsburg, CA and then discharged to the San Joaquin River west of the Dow Wetlands Preserve using the existing WWTP outfall.

The total capital cost of the Project is approximately $110 million which will be financed through a variety of sources. Potential sources include the Department of Water Resources Proposition 1 Desalination Grant, a State Revolving Fund loan, and the City of Antioch’s Water Enterprise Fund.

If you have any questions or comments, please contact: